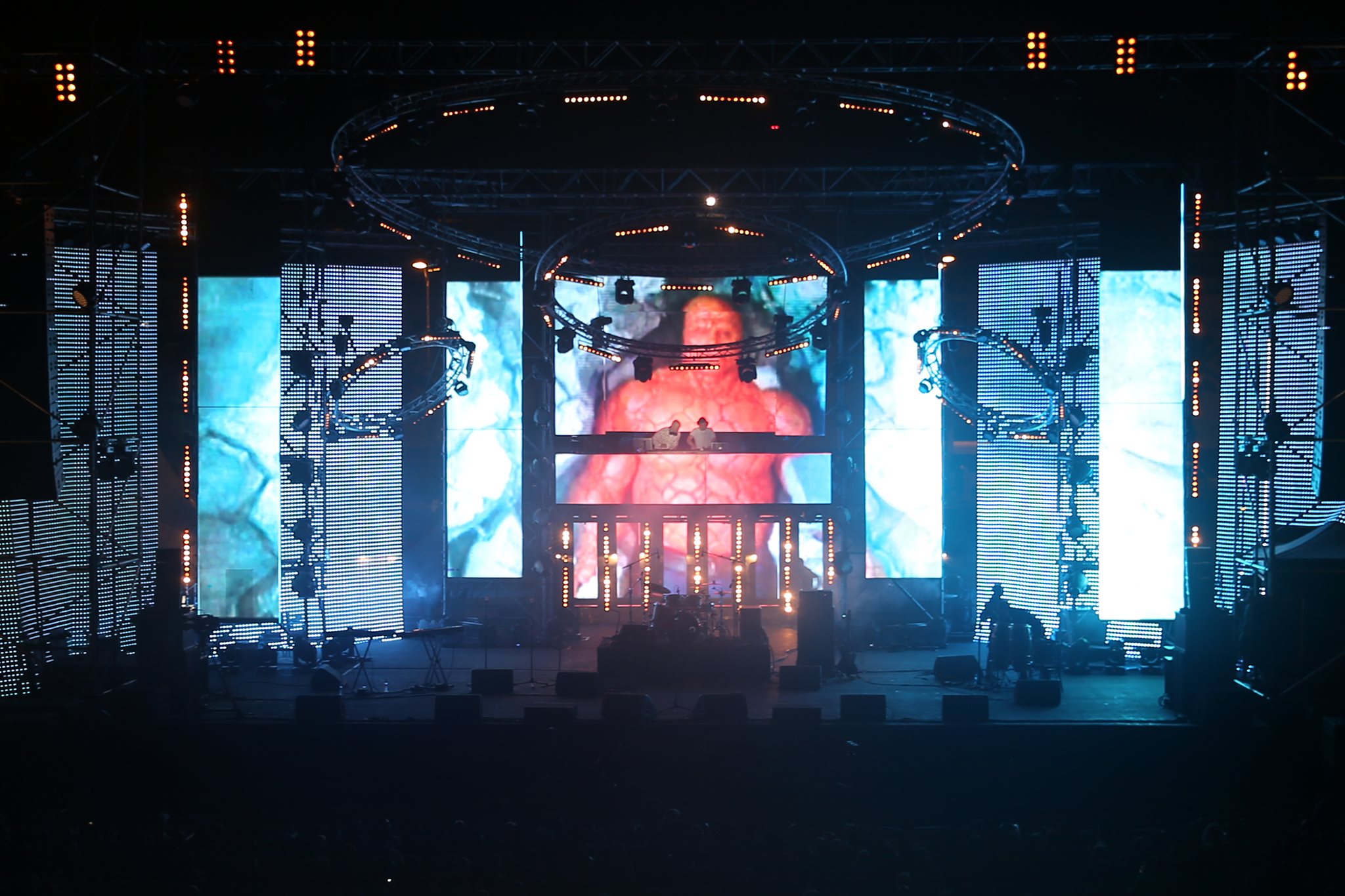 Once so eloquently described as ‘next level shit’ by Grandmaster Flash, British electronic duo Addictive TV create music with a difference; it’s music you can see.

The audiovisual artists work delve deeply into movies and videos hunting for sounds and images to sample, creating dance music that fuses everything from fidget and electro to drum ‘n’ bass and rock.

They create their music by keeping the audio and video samples together, so their fans get to see more than just a DJ, more than just graphics or visuals; they get to experience music in a genuinely unique way. Everything from football to Star Trek gets remixed.

Criss-crossing the music and art worlds, Addictive TV  have  played in more than 50 countries, appearing everywhere from the Pompidou Centre in Paris and the Museum of Contemporary Arts in Shanghai, to international clubs such asRazzmatazz in Barcelona, Womb in Tokyo and Centro in Jakarta.