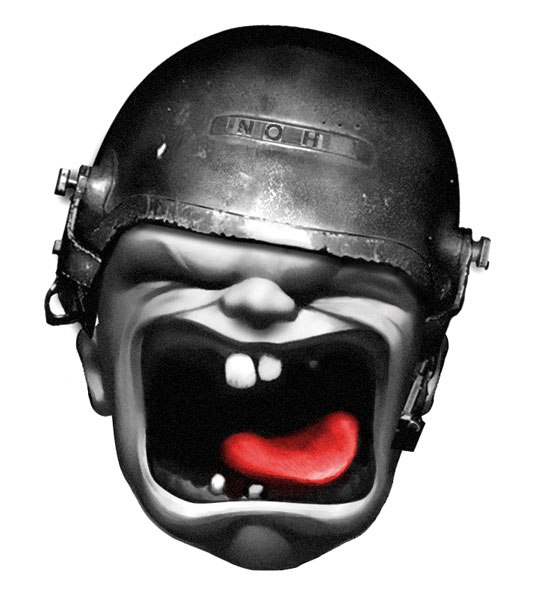 N.O.H are a band who perform inside their own virtual world of holographic projections and interactive technology.

Their interest in alternative ways of music performance started with a collaboration with Asian Dub Foundation for the English National Opera in London and led to their first full cross discipline production ‘Parallel Observations’, which premiered in May 2009 at the Royal Opera in Liege, Belgium.

Technologically they experiment with 3D stereoscopic and holographic projections, infrared or Kinect tracking and real-time animations to achieve life-like illusions on stage. Their concept is to create an on stage multimedia collage in which every element influences and changes the overall performance.

The production process is not built around a finished script or score; instead it is the combination of various building blocks. Musical themes, story characters, images, technology, and acrobatics are shuffled around like a painter moving parts of a collage around a canvas until they fall into place and reveal the final picture.