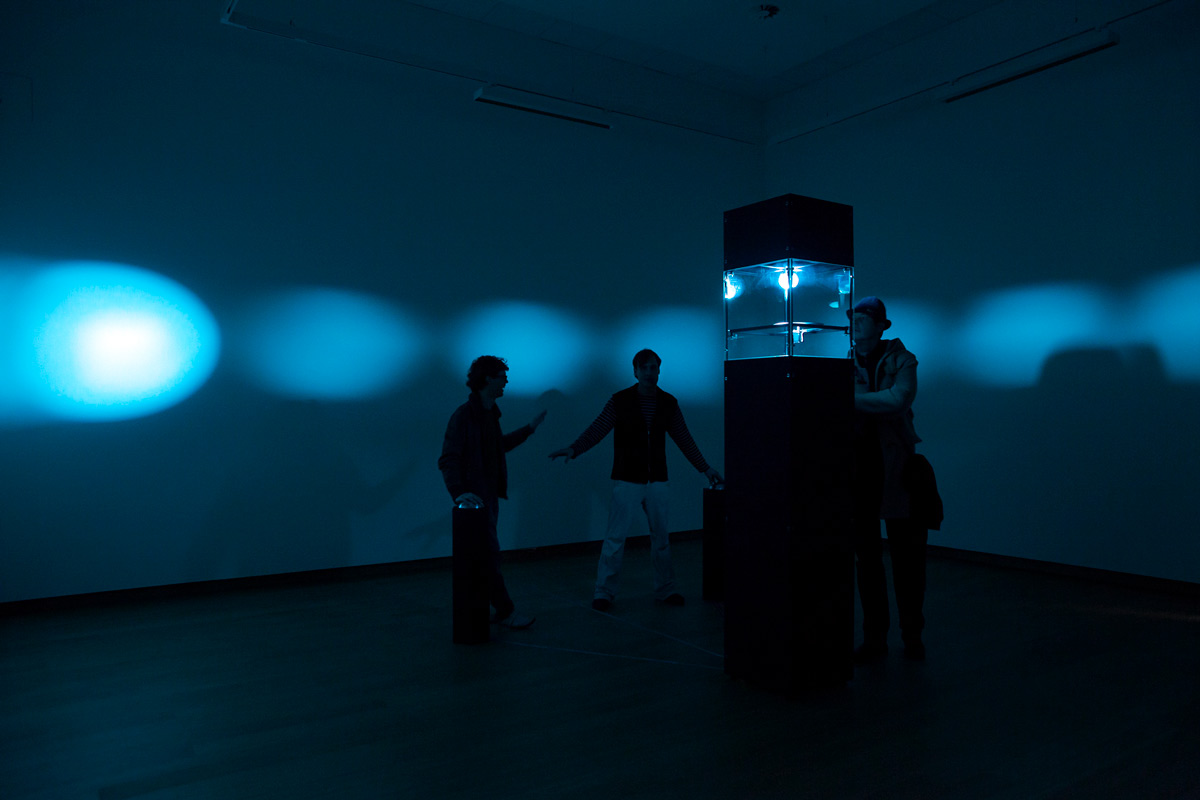 A fond believer of the concept of Homo Ludens, Daan’s interactional works are always based on the expressive potential of the spectator. The audiovisual elements within such a piece are used as a means to achieve a new kind of social experience.

Other pieces strive to be perceptual explorations. Light, sound & kinetics flood the senses, to see what remains.

His work has been shown at renown art places such as the Stedelijk Museum, but it can just as well be found in public space or at techno parties. His work has been shown at venues in Amsterdam, London, São paulo, Monaco, Paris, Berlin, Ghent, Warsaw, Ljubljana and Bucharest. He has received grants and prizes from the Dutch Institute for Media Arts, Stroom, the Foundation for Visual Arts and the City of The Hague.