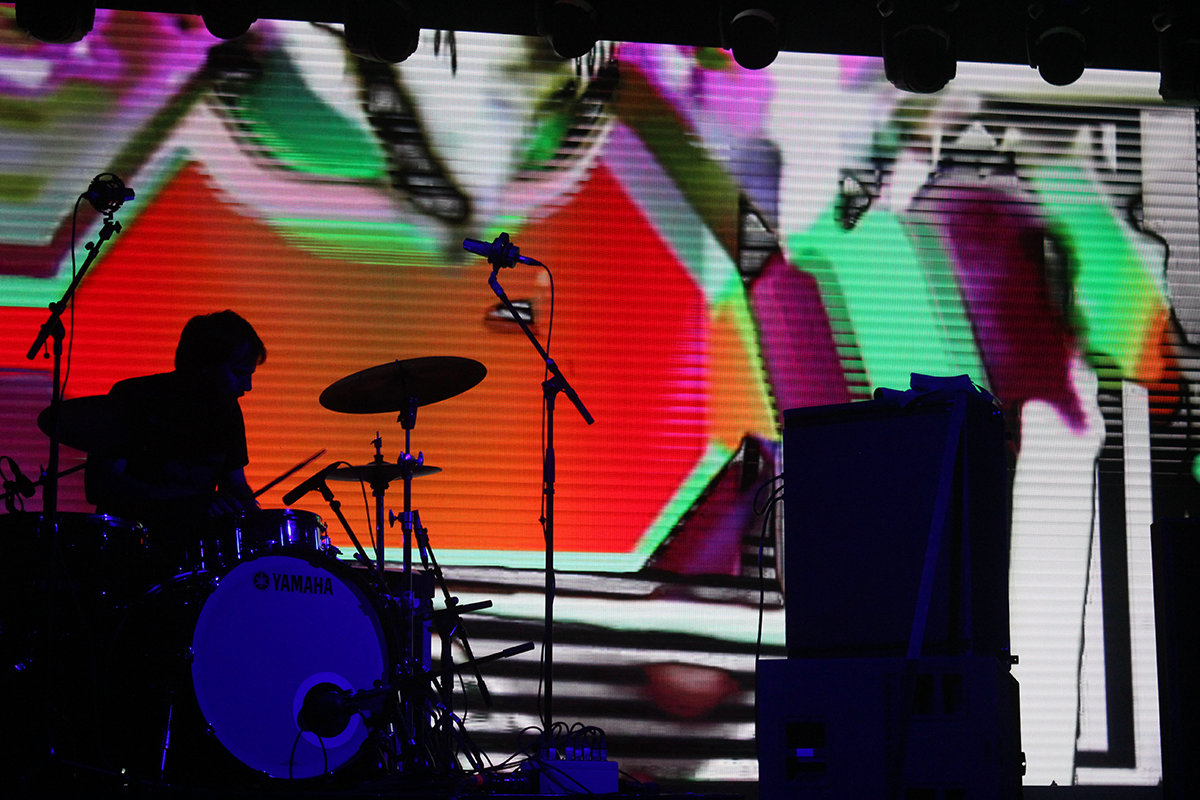 Just 3 months since we were in the midst of an exquisite banquet of musical and visual delights, yet some things still are fresh in our minds. With a culture of instantaneousness and immediate coverage, this year, we took a chill pill and when for slow journalism. Only then can you be sure to report on the acts you will remember for a life-time.

Greg St. Pierre, is a Baltimore, Maryland based experiential art designer who specializes in work for live performance and architecture. “Cornelius returns with a digital and organic show and will be accompanied by live musicians performing his supernatural pop perfectly synchronised with his amazing visuals.”

This light and video combined performance extravaganza was like being blasted into the future, whilst remaining in the 80s. A truely surreal and entertaining performance and stage design. Grace and The Color of Sound – US-FR

“Synesthetic movements, in which music, dance and colours amplify the echo of the internal conflicts suffered by humans and the paradoxes that plague us all at the beginning of the 21st century.”

A refreshing performance combining dance with projected video content. The triad between dance, music and visual was very satisfying to watch. Sadly no mention of the visual artist for this session on the Sónar website, but we were fortunate enough to be given a headsup by a friend of AVCity (you know who you are 😉 So not only do we know that the visualist was performing as a VJ for the first time with his own illustrations, but we can also tell you who he is: none other than talented Leo Lyxx. Hats off to him. A bit of Déjà vu for us this year, with Alva Noto’s show (turned out to be the same one we saw back in 2016) but was equally as enjoyable and interesting to see in a different context, as this year it was presented on one of the larger stages, as opposed to in the theatre as the previous performance. “…a kinetic sculpture and a volumetric semi-circular arrangement of light and shadows. It is inspired by the Panopticon, a type of prison architecture designed by the philosopher Jeremy Bentham at the end of the 18th century that allowed guards to observe prisoners at all times, without them knowing. ”

It was great to see someone not relying on a simple rectangle projection to engage their audience. Spinning lights and colours made for a synaesthetic experience that looked just as fantastic from the front, as it did at the back of the room. Some other exciting moments from Sonar by Day 2016, including Rainforest Spiritual Enslavement by Dominick Fernow/Vatican Shadow, Silent Servant (Official), Cyber and Second Woman.