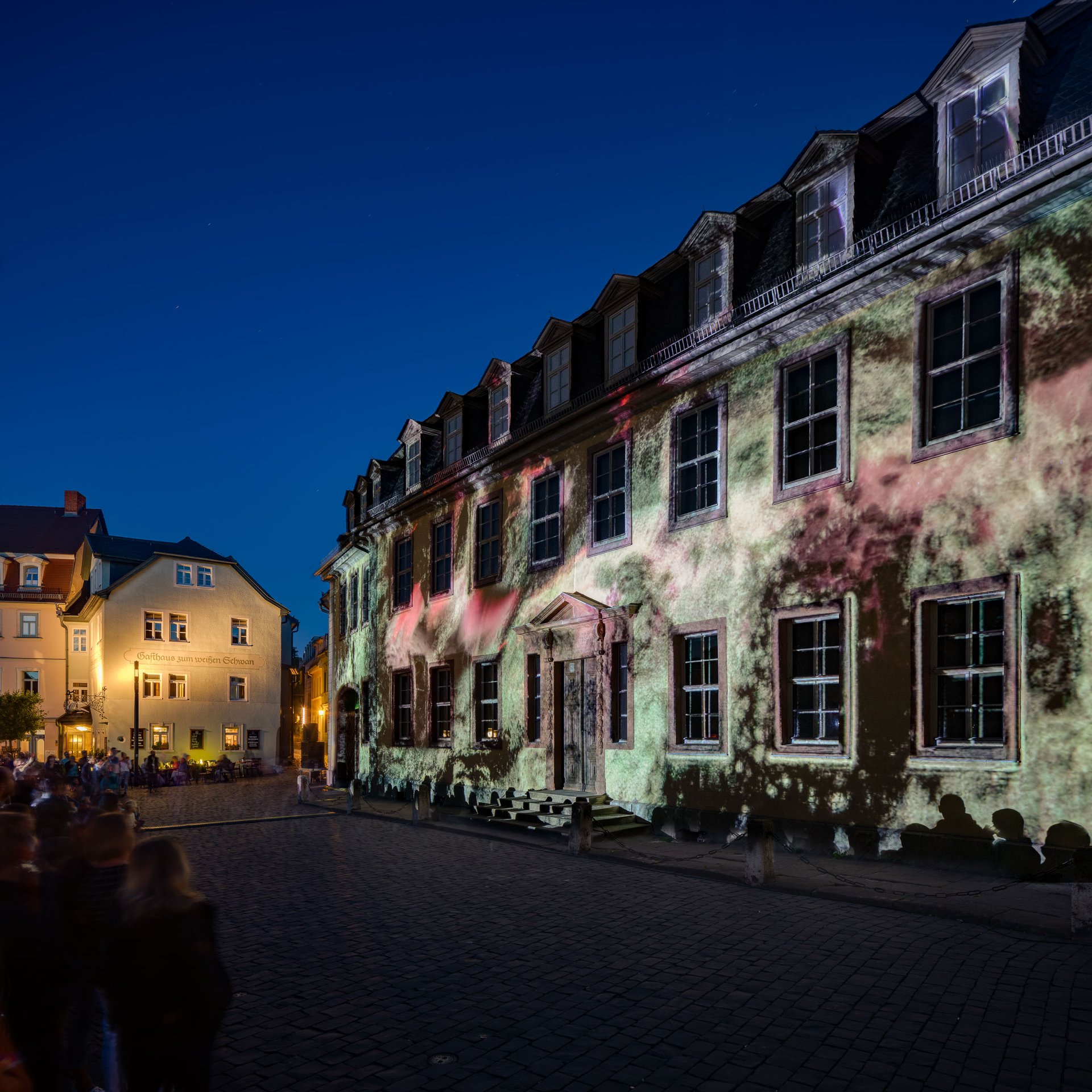 The international GENIUS LOCI WEIMAR Festival for audiovisual projections was launched in 2012 as part of the ‘Weimar Summer’ initiative.

Through the technique of projection mapping, the audiovisual event redefines historical buildings and renders history and architecture as tangible for visitors.


Every year, three new buildings and structures in and around the city of Weimar are chosen to become a part of the competition and the festival.

Optimally located in this city of poets, musicians and thinkers, as well as the birthplace of the Bauhaus movement, the festival has become an important cultural event for Thuringia, and is now in its ninth edition.

The winning concept submissions, which must be in a medial narrative form, expressed at the highest technical level through the art of projection mapping, are developed and produced for one of the selected competition facades. Alongside the classic projections, an additional facade represents an interface with the media architecture in the form of a permanent installation.

2020 is set to be a significant year for Germany, with jubilees and anniversaries that could hardly be more contrasting. The “Year of Music 2020” is celebrating Ludwig van Beethoven, Franz Liszt and numerous other composers whose great works could not have been created without the acclaim and support that they enjoyed in Germany.

For this year’s edition of the festival, GLW is expressly encouraging makers of short films, motion graphic artists and video and film artists of all backgrounds and genres to apply for the selected locations through the medium of their disparate visual aesthetics, animation techniques and narrative concepts.