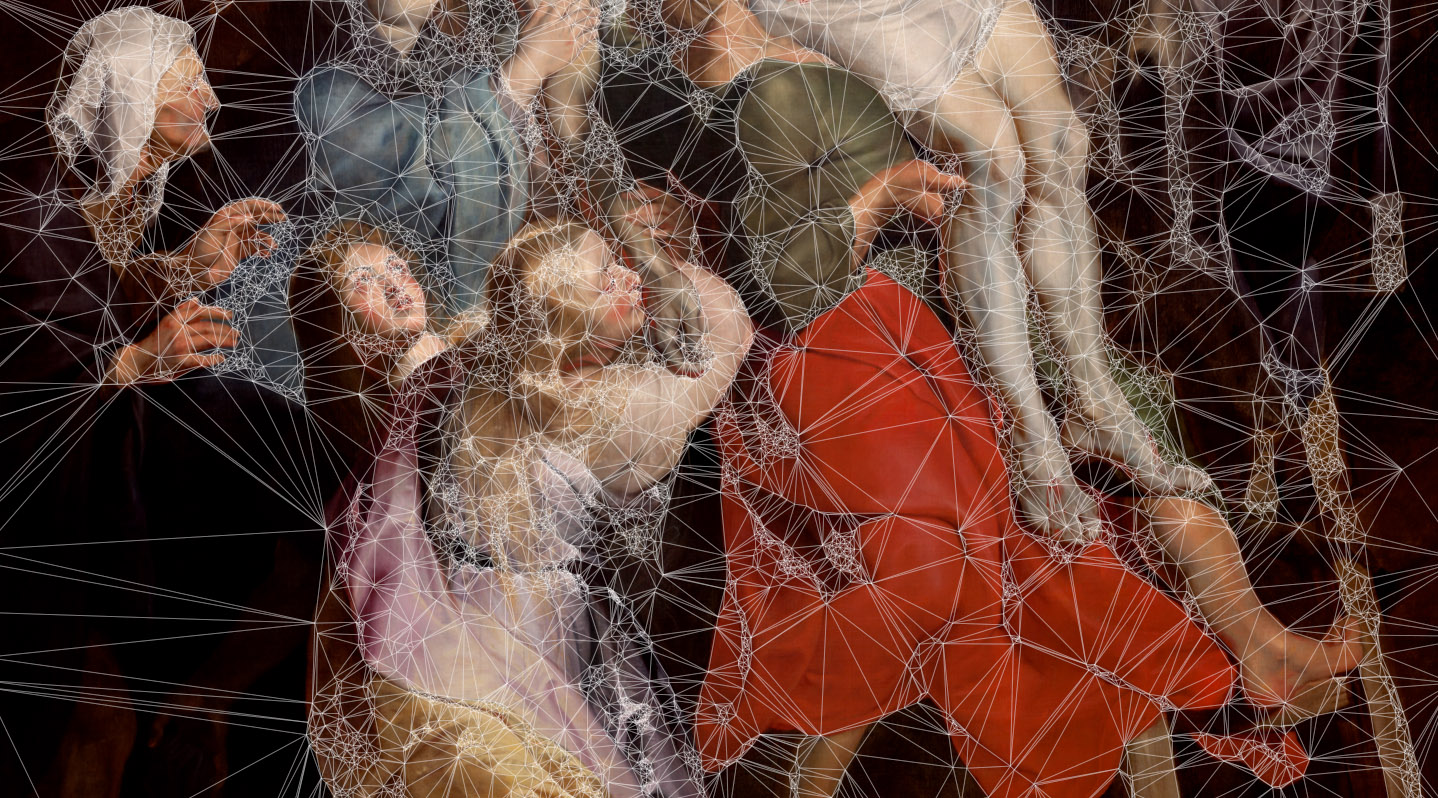 Quayola employs technology as lens to explore the tensions and equilibriums between seemingly opposing forces: the real and artificial, figurative and abstract, old and new.

Hellenistic sculpture, Old Master painting, and Baroque architecture are some of the historical aesthetics that serve as a point of departure for Quayola’s abstract compositions. His varied practice, all deriving from custom computer software, also includes audiovisual performance, video, sculpture, and works on paper.