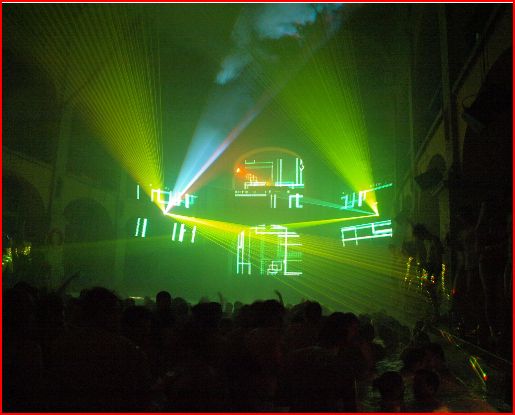 Skylab was founded in 2007 after some parties together; the group has two member now : Luki and nano.

The audiovisual artists specialize on LED walls, making large installation from those visual cells. Their mission is to build virtual reality that correspond to the music and the space around and which guide people to a fictitious journey.

LED give the freedom to build from elements, the way it is set up is already an installation. It give greater possibilities in playing around with the sense of space and light.

After a growing numbers of performance and projection, an ambition towards the harmony of water, dance, and lights and music has started to evolve in the Cinetrip Spartyseries. Their intention is now to revive a so called Light Terapeutix, with the help of led, water courtains and laser beams.