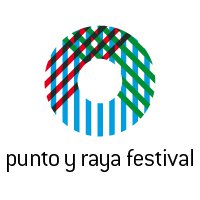 This festival, which has been called the “most abstract in the world”, explores the creative possibilities of dots and lines in various spheres of science, art and thought. No representation, just dots and lines as ends in themselves!

PyR Festival has five editions under its belt, with the participation of over 1.500 artists and an archive of nearly 1.800 films.

The next edition of Punto y Raya Festival will take place from October 20th through 23rd 2016 at ZKM (Zentrum für Kunst und Medientchnologie) in Karlsruhe, Germany. The call for entries will open in February 2016, we will keep you informed.