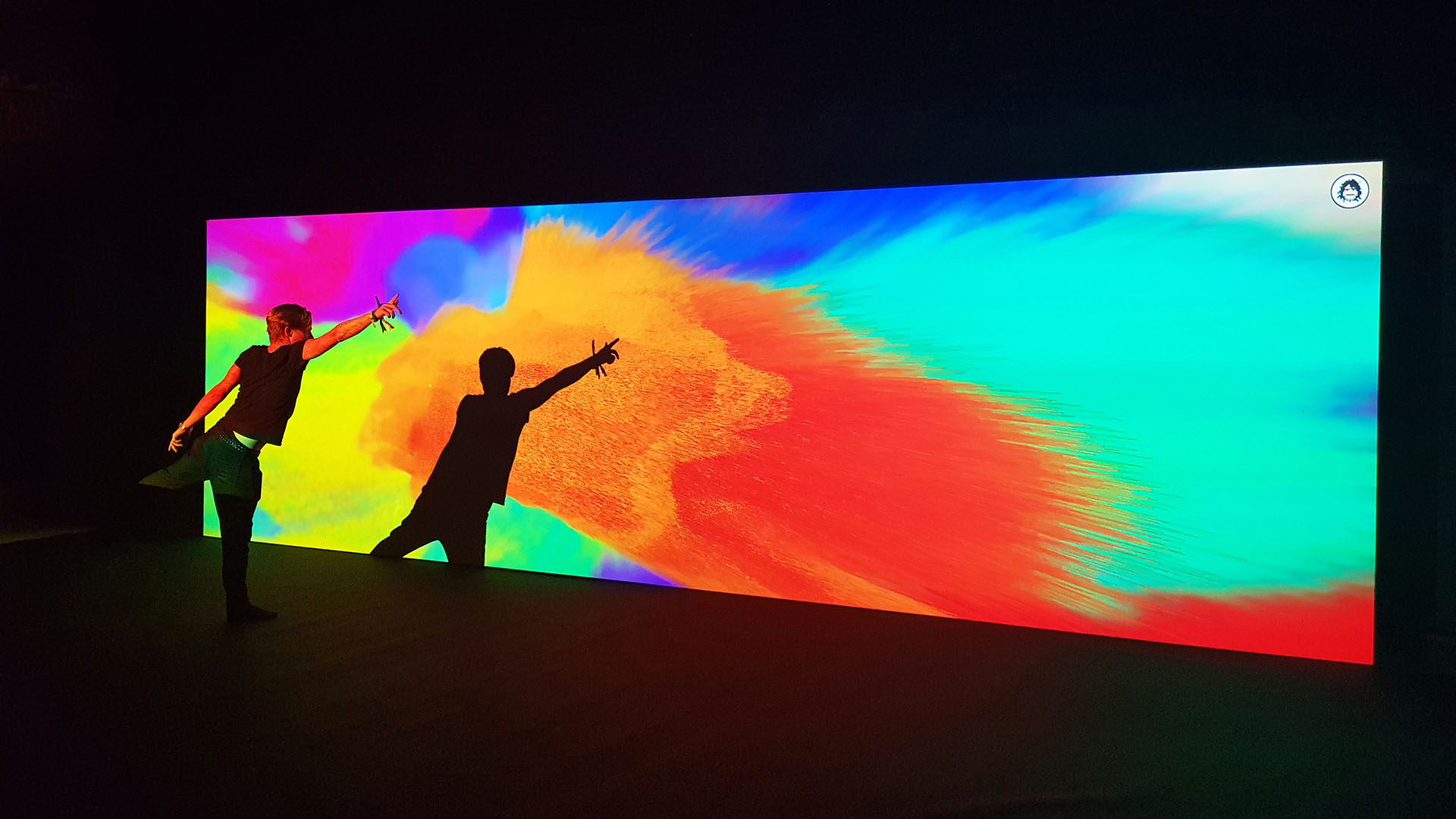 Sometimes even artists that we should already know, but that we discover late, like Memo Akten.

I stumbled upon Memo’s work in my investigations and learnings of the well-known VJ software, VDMX (which is to put it quite lightly – VDMX is a very powerful visual creation tool).

Memo Akten describes himself as:

“an artist and researcher from Istanbul, Turkey. He works with emerging technologies as both a medium and subject matter, investigating their impact on society and culture – with a specific interest in the collisions between nature, science, technology, ethics, ritual and religion.”

His work goes much further your average visual artist, as he specialises in Artificial Intelligence, works with algorithms and large-scale responsive installations with image, sound and light.

In AV culture’s layman terms he’s an audiovisual jack-of-all-trades and a true techy, oh and he’s studying for a PhD in AI as if that wasn’t enough. Here you can see a selection of his work in the very accurately named video, ‘Selection of work in 3 minutes’ (2017).

Akten received the Prix Ars Electronica Golden Nica – the most prestigious award in Media Art – for his work ‘Forms’ in 2013.

He has exhibited and performed internationally at exhibitions including The Grand Palais’s “Artistes & Robots” in 2018 (Paris FR), The Barbican’s “More than human” in 2017 (London UK) and the Victoria & Albert Museum’s landmark “Decode” exhibition in 2009 (London UK).

He has collaborated with celebrities such as Lenny Kravitz, U2, Depeche Mode and Professor Richard Dawkins, and brands including Google, Twitter, Deutsche Bank, Coca Cola and Sony PlayStation. A

kten’s work is in numerous public and private collections around the world.

Alongside his practice, Akten is currently working towards a PhD at Goldsmiths University of London in artificial intelligence and expressive human-machine interaction.

He is deepening collaborative creativity between humans and machines and augment human creative expression.

Fascinated by trying to understand the world and human nature, he draws inspiration from fields such as physics, molecular & evolutionary biology, ecology, abiogenesis, neuroscience, anthropology, sociology and philosophy.

For some of those who have been following audiovisual culture since before even Audiovisual City was born, then they’ll recognise the name Marshmallow Laser Feast (MLF) – the evolution of MSA Visuals in 2011.

In more recent years and a lot of success, Akten is now focusing on his own work and research, though his contribution to audiovisual culture and performance, must not go unmentioned.

I strongly recommend that you explore his exceptionally wide and varied body of artwork and scientific investigations, as it takes you on a socia cultural journey that goes beyond audiovisual art.