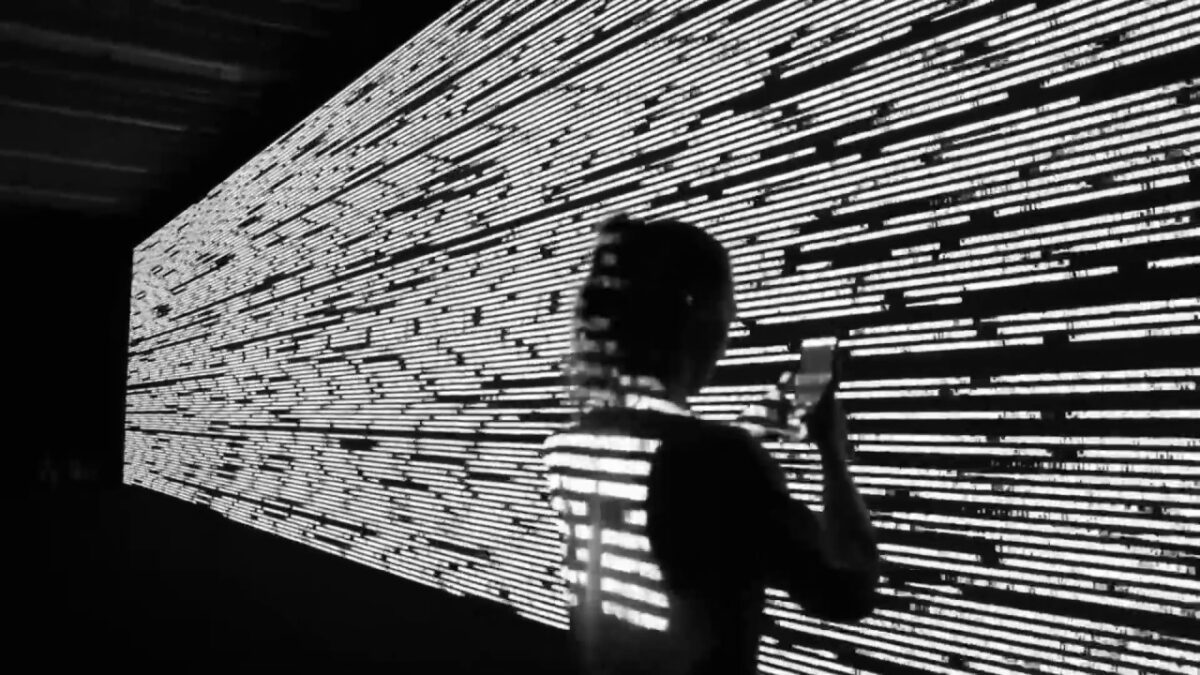 He focuses on the essential characteristics of sound itself and that of visuals as light by means of both mathematical precision and mathematical aesthetics.

Ikeda has gained a reputation as one of the few international artists working convincingly across both visual and sonic media. He elaborately orchestrates sound, visuals, materials, physical phenomena and mathematical notions into immersive live performances and installations.