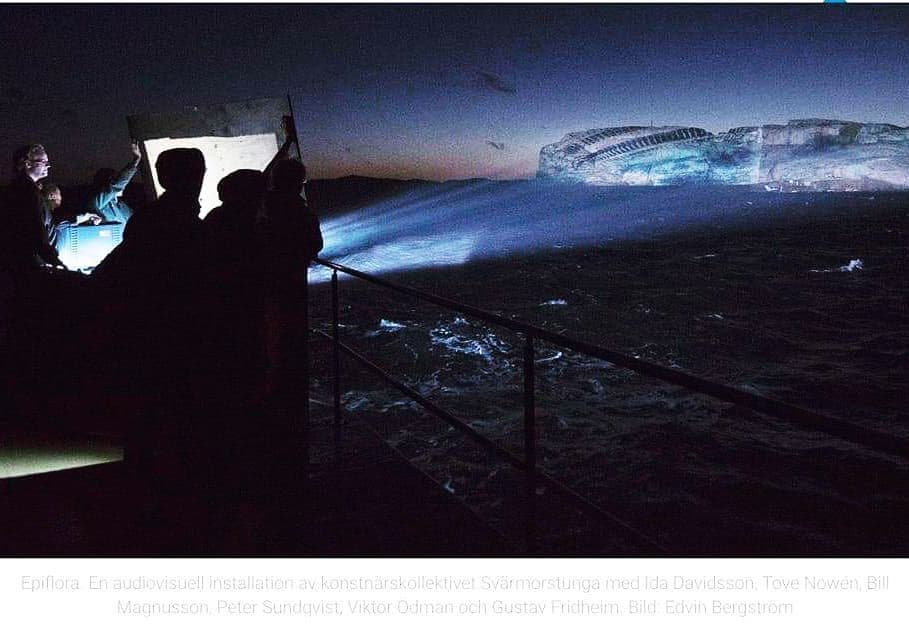 1: Would you tell us something about history and goals of Swedish Vj Union? What kind of needs make you and your collaborators to found it?

A few of us original VJ Union people met at the Pixelache festival in Helsinki in March 2007. We started talking about organizing the Swedish VJ scene. But it remained just talk for a while until Mikael “Fetish 23” Prey called the first meeting that was hosted by VJ and video artist Nino Strohecker at Design Studio S. We picked the name “Swedish VJ Union” because it sounded so “official” and since our first concerns was very union like; pay levels and working conditions. These questions are still valid but many of us have given up on “getting rich” from club gigs and try to make up money on other types of gigs.

2: SVJU develops all the activities involved in Vj culture, from marketing to historical investigation. Which of them would you remark as more important for a Vj nowadays?

Marketing and networking I think is very important. I don’t think we do that enough. I try do what I can with the SVJU platform and with the time and means I have at my disposal. At the moment I’m on paternity leave with my 8 month old daughter which is taking a lot of time. I haven’t done many gigs lately but I try to keep the union running at least.

In your opinion, what are the biggest problems affecting Vj work?

The money situation is probably similar all over the world. It would be nice to have better/cheaper access to equipment or places with a good permanent setup for VJ-ing. As in multiple projectors and screens or led walls. Here in Sweden I think the main problem is engagement from the VJs. Right now I just see a few people that are active and the rest just seems to not do so much. I think since the swedish market for visuals is kind of hard. People give up after a while and either spend their free time on family and friend or move onto other things. After all VJing is a gateway drug to other art. But with regards to the next question, this might change soon.

3: How is the situation of the audiovisual culture in Sweden, regarding to spaces, artists, institutions…. ?

It’s still very much a sub culture. Spaces for VJing comes and goes, one pops up another one closes. In Stockholm we just had a classic club, 2:35.1, tearing down their video walls while Fotografiska (a center for contemporary photography) just opened the gates for a new club with giant screens. It’s very much a big city thing and the scene is concentrated to Sweden’s three largest cities: Stockholm, Gothenburg and Malmö.

As for institutions it’s great to see that there are several places that offers audio-visual classes. A lot of this is thanks to Joel Dittrich who is involved in many of them. Joel has an art teacher’s degree from Konstfack (The Univesity College of Arts, Craft and Design) and teaches at the fairly new Audio Visual Production program at the University of Dalarna as well as at most, if not all, of the private design schools in Stockholm. I’ve been involved with the University of Dalarna as well, helping them setting up their a/v lab as well as giving lectures. Folkuniversitetet also offers introduction to VJ-ing as a night course. It will be very interesting to see what new VJ names will pop up on the scene and what they will do.

And what is the position of Swedish Vj Union about that?

Like a spider in the web. Most of the people teaching and lecturing at these places are members of the Swedish VJ Union.

4: Swedish Vj Union has 44 Vjs with 15 groups. Could you describe the SVU organizational structure and way of working?

The organization is very informal. I wouldn’t even say that we have an appointed leader but since I have the energy and the drive so I tend to manage most things. My main chores are maintaining and developing the web site, process member requests, manage co-operations with other organizations and post on the blog and on the Facebook page.

Our web site presents all members with profile pages and we have a blog with news from our community and from the rest of the VJ-world. We decided a few years ago to switch to English to better market ourselves to the rest of the world. And most Swedes are more or less fluent in English so it’s not much of a problem. It’s mostly me who writes on the blog but sometimes other members posts as well. All member are welcome to write on the blog. I tend to write kind of long and go deep which seem to discourage other people to write since they think they have to follow the same manner.

We have a forum for members but noone uses it. We have a mailing list but it’s mostly used by me to announce news. The members didn’t like discussing on the mailing list, it generated too much traffic. Our Facebook group is very much alive and that’s where most of the conversation is held. The FB group is open for anybody to join [link: https://www.facebook.com/groups/swedishvjunion/] Unfortunately not all our members have Facebook. I try to adapt to what works with the members and the readers.

The member pages reflects both individual artists as well as groups. I tried to set it up flexible so that a member could be a solo act or member of one or several groups. And a group could list members that are not part of the union.

The membership is free and open to all Swedish VJs or VJs active in Sweden. You just have to prove that you have given at least one performance and have a video to market yourself with. We don’t really have any funds exept for a few banners that covers the hosting costs. We try to keep it simple.

I’ve always had problems engaging people to help out with the community. When we meet physically people are very enthusiastic. Sometimes we do gigs to together to promote the Swedish VJ scene and then everybody pitch in and work.