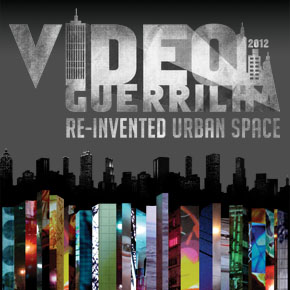 VIDEO GUERRILHA is an urban intervention that stimulates and interacts artistically with the architecture and public spaces of several cities in Brazil and around the world.

They invite you to intervene and participate in Video Guerrilha 2012, which will be held in the cities of São Paulo, Rio de Janeiro and Brasília. Works by artists from Brazil and the five continents will be selected by prestigious curators and partner institutions.