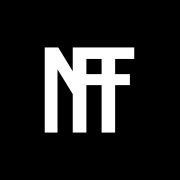 New Forms Media Society is a non-profit society and media arts organization founded in 2000 that nurtures and connects local and international arts, science and grassroots communities through the annual New Forms Festival.

By promoting Canadian Artists in collaboration with the international arts and technology world, the NFF facilitates multimodal art works and engages in discussion on their role in our cultural environment.

Since its inception, an integral element of the NFF is the recognition of independent and groundbreaking artists; the NFF aims to showcase and increase awareness of these artists and their work within our community and beyond by promoting them within a larger milieu.

The 2014 edition will include three nights of music programmed in two rooms with installations throughout the venue. There will also be three early evening audio-visual performances in the Omnimax Theatre. The weekend will complete with a free event Sunday at Creekside Park on the outdoor grass area adjacent to Science world.