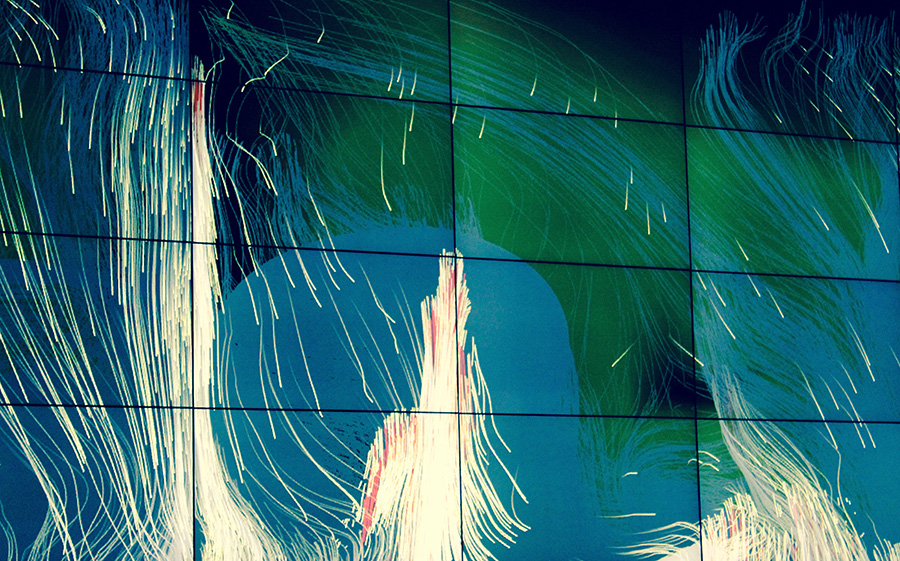 Last Thursday, we had the pleasure of attending at Taste of Sonar + D by Mazda Rebels, at the Mazda Space in Barcelona. There, we were greeted by the likes of Domestic Data Streamers, Chagall and her presentation of the mi.mu gloves. Domestic Data Streamers, known for their work on new forms of data visualisation, talked us through their new project for Sonar+D, which aims to answer several questions about the relationship between the way we live our lives and the way we listen to music. The experiment will take the form of an installation combining both digital and physical elements, in the form of a marble for each and every participant, in the attempt to find the perfect song and create the perfect memory.

Chagall and the mi.mu gloves mi.mu gloves explore the interaction with music using the movement of the hands as an expressive weapon. mi.mu gloves allow the performer to freehand draw sounds in multiple dimensions, spontaneously creating and manipulating the sound in an intuitive and expressive way. Computer scientist, musician and mi.mu managing director Adam Stark introduced the philosophy behind the project, its history and a variety of ‘glove musicians’ from around the world, by explaining how the gloves intend to create freedom of expression in music production through freedom of movement. He presented us with a musician suffering from cerebral palsy who was able to ‘make’ his own harp instrument using the gloves. Singer, producer and member of the mi.mu gloves development team, Chagall then performed wearing mi.mu gloves, manipulating the different layers of sound, as well as some basic visuals, using the gloves. It was quite a sight to see that the raising of her index finger could put her voice in loop, and that she could generate harmonies by simply gesturing with her hand.