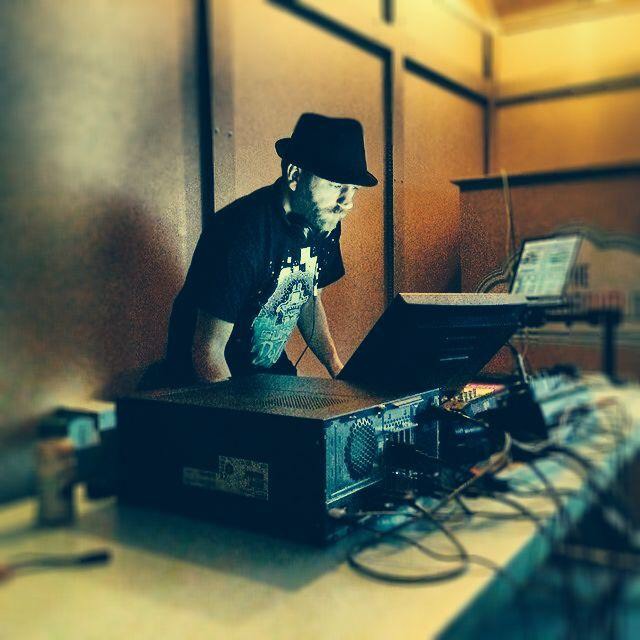 Leon Trimble aka Chromatouch is a VJ, filmmaker and audio visual artist who performs live and installs work in the UK & internationally.

He is currently a fellow at Birmingham Open Media – www.bom.org.uk. He works with live animation, digital beats, motion graphics, photography and glitch art using nascent and rehashed technology. “As an artist I am using evolving technology not only as a medium in itself but also as subject.”

His practice largely bases itself on the building of live collaborative digital systems. That could be the notes from a piano that results in multi coloured projected particles or a series of body movements from a performer, learned by a computer that result in corresponding sections of a film being played back.

For his live shows he slices and layers recorded material and breaks away into improvised musicianship played from modified instruments or grid based controllers. Each element of sound has a visual representation. His own electronically built synthesisers are a part of this – devices that uses voltage to portray patterns in sound and video simultaneously. Spectral colours are represented, rhythms are present in shifting patterns, and moods are conveyed.