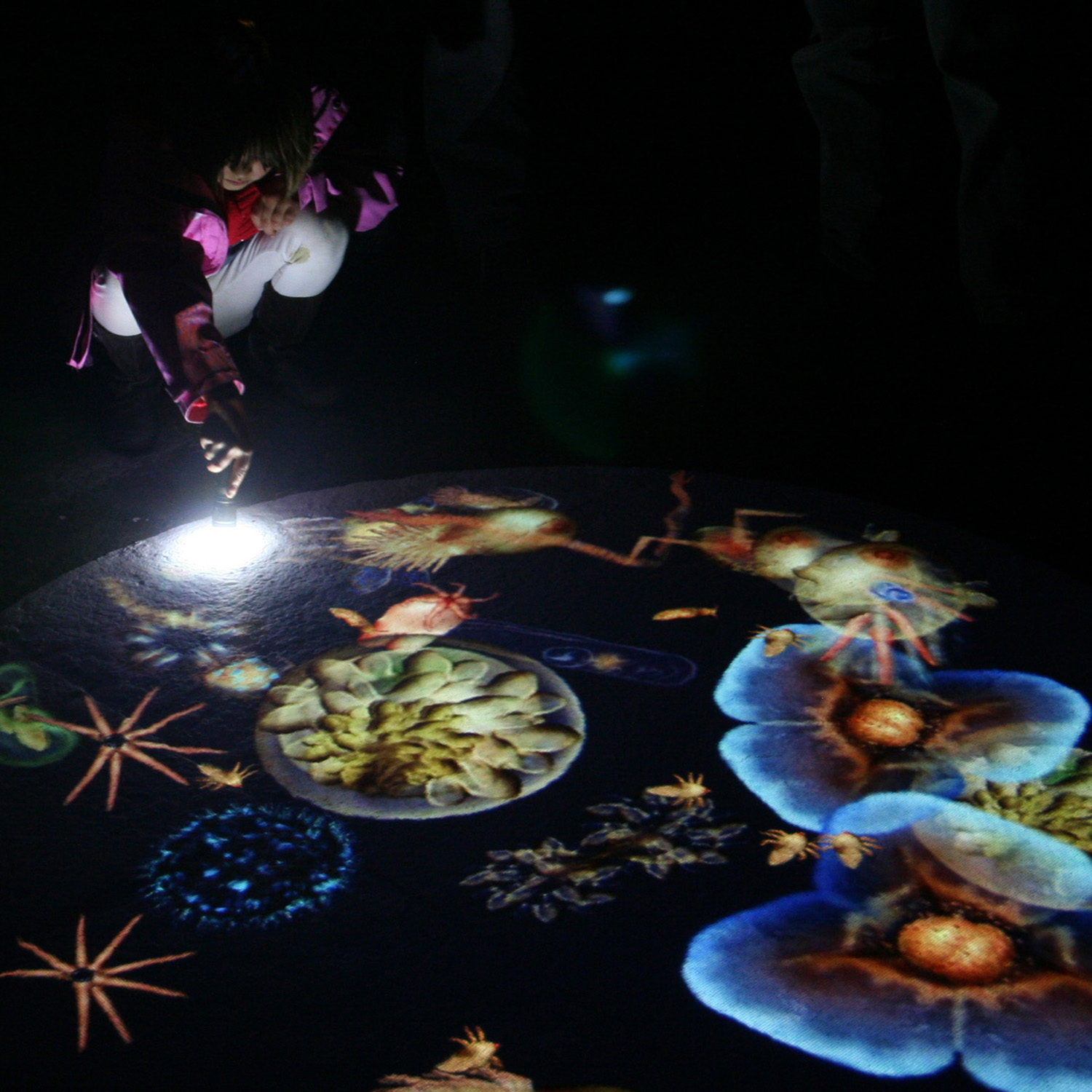 Since 2008, they have been building a digital bestiary based on ‘imagined future evolutions’, where human development is driven by sensual rather than cerebral influences.

Their creatures, such as Starfish and Cockatoo Squid, reconfigure the human body into fantastical forms and are programmed to respond in a variety of life-like ways to audience motion, sound and touch.

In 2013, Genetic Moo starting building Microworlds – digital environments populated with their interacting creatures. Microworld is an experiment in creating a digital ecosystem of artworks that react to each other, to the space and to the audience. Each Microworld is an open invitation to local artists and tinkerers to bring a ‘responding work’ into the mix. The seventh Microworld takes place in Leicester 20-27 Aug 2016.

Genetic Moo have exhibited extensively around the UK and abroad. Their awards include the John Lansdown Award, the Lumen Prize Founder’s Prize and the 2016 Kent Creative Audio Visual Award.