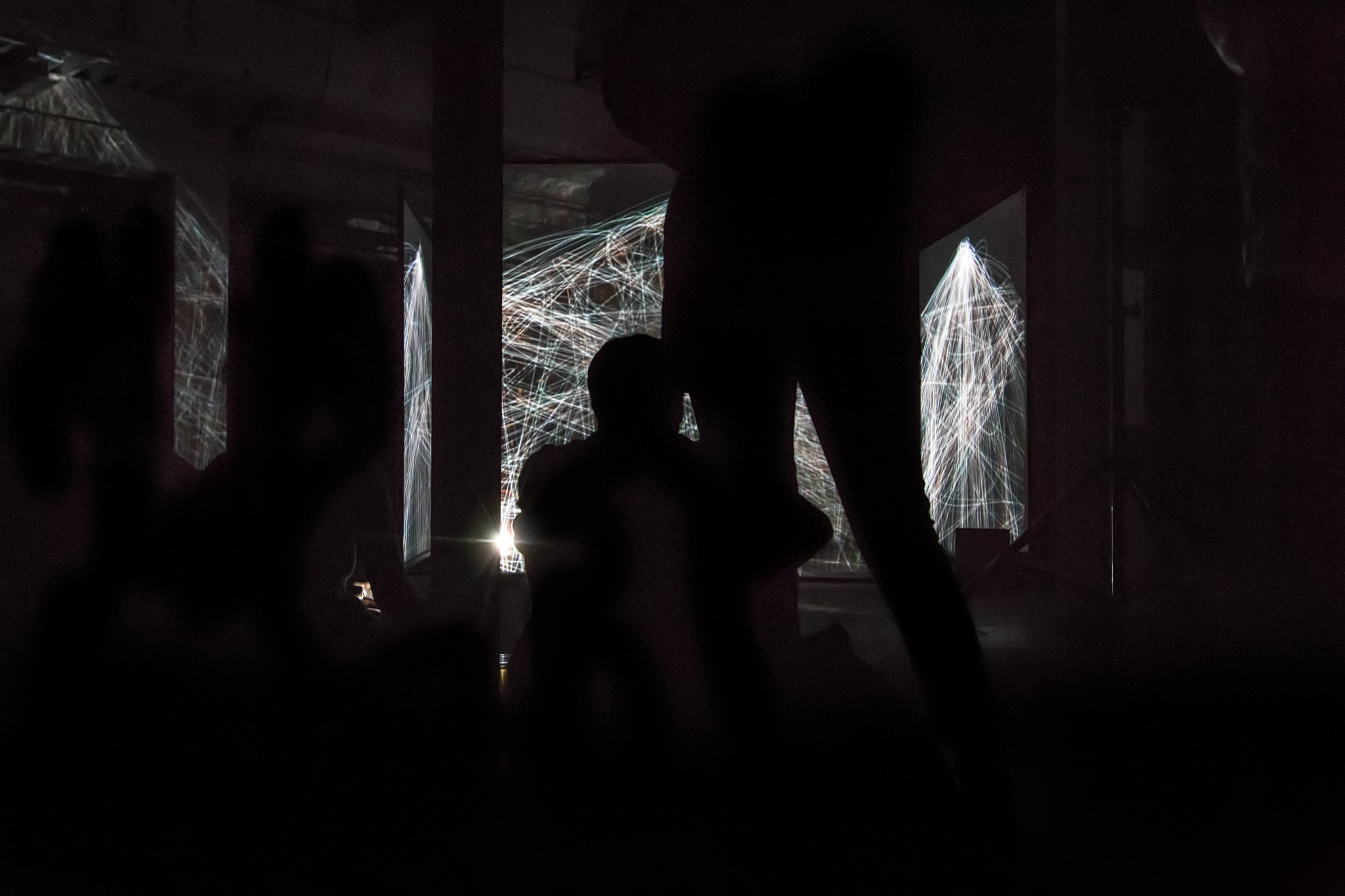 Mapping Festival: We came, we saw and here is how it all went down Mapping Festival, an “audio, visual, and deviant electronics festival”, took place this year between the 11th an the 28th of May in Geneva, Switzerland marking it’s 13th edition. The 13th edition was welcomed as a good omen and an important milestone in the festival’s evolution, marking several “first time evers”:

To begin with, this year marked the first ever edition where Audiovisual City was present on site to record the event.

It also marked a shift, a “Paradigm_Shift”, which was the name of the first edition of a new international Forum, gathering relevant professionals such as artist, journalists, researchers, designers etc to discuss where today’s society and culture stands in this continuously digitalized world.

Also, for the first time ever, Mapping and Electron Festival joined forces to create, as a result: ACT space (Arts, Creation and Technology), a temple for the digital arts, a place for them to be celebrated in all their diverse forms and formats. ACT hosted the first ever exhibition in Switzerland of the collective DISNOVATION.ORG, and curated by Mapping _ Digital Shifts. As we can read from the collective’s manifesto:

“DISNOVATION.ORG working group aims to disrupt, pervert, and complexify the discourses on technological innovation.”And that’s exactly what the exhibition and its several components did. “The group develops situations of disturbance, speculation, and debate, challenging the ideology of innovation and stimulating the emergence of alternative narratives.” For this year’s edition, the collective put together several art pieces/sections, reflecting on the ideology of information technology and innovation: the Predictive Art Bot, The Pirate Book – an anthology on media piracy, Shanzhai Archeology and especially the “Blacklists” Collection, a book series comprising of an alphabetical list of web links to several of the “evils” of this digital world, of its prohibitions, and of its morality or the lack of it. As a friend pointed out in relation to this exhibition: “someone printed the internet”.
It was only a matter of time. Thus this year’s edition was knowingly titled “Mapping _ Digital Shifts: digital arts on the move”, to signal a new and exiting turn in the festival’s evolution. It was hosted at several key locations around Geneva such as: Alhambra, the Fonderie Kugler and the Spoutnik Cinéma, for the audiovisual performances of several internationally acclaimed artists, such as: the dutch visual artist and designer –Tarik Barri, known for his collaborations with artists such as Thom Yorke and Monolake; the Bristol-based visionary musician – Paul Jebanasam; photographer extraordinaire – Lea Fabrikant; performance and installations wizard – Martin Messier; electronic music/audiovisual artist – Alex Augier; Canadian new media artist – Maotik, which you probably remember for his beautiful immersive interactive installation at Mira Festival 2014 in Barcelona; sound artist, educator and designer – Mark Ijzerman and filmmaker and digital artist – Rainer Kohlberger. The Club nights were hosted at Le Zoo (L’Usine), a converted gold treatment factory, “donated” by Geneva to the cultural association “Etat d’Urgences” (State of Emergencies) in order to establish an alternative culture incubator during the 90’s. One look at it and one sees that this couldn’t have been a more fitting choice for housing some of the most important acts of Mapping Festival 2017. The alternative, underground experience was enhanced by Graphset Studio (Mikkael Doczekalski) and Bordos.ArtWorks and Stereo Night‘s stage designs and projection mapping. The line-up included an audiovisual live set by Peder Mannerfelt, as well as DJ sets by The Mole, Borusiade, Aleksi Perälä, ENA, Neel, Clara, Acronym and Refracted, delighting us with dark drone-like electronic music. From the local Swiss scene one could have enjoyed the performances of artists such as: Pascal, Viscardi, Clara and YON & POL. At Spoutnik Cinéma, French illustrator-turned-filmmaker, Boris Labbé showed his latest work, inviting us to catch glimpse of his hypnotic video animations, a mix between “loop and regeneration and a perpetual return to life”. Another important act was that of the Visual Culture Research Center of Kiev presenting the Kinotron exhibition, dedicated to experimentations led in the 60’s by the Kyiv School of Scientific Film. One could say that there was something for everybody, and Mapping Festival remains one of the few festivals in the world that works across the full audiovisual spectrum. The festival was everything we expected and more and we are very excited to see the emerging opportunities happening at the intersection between communication, audio visual and information technologies. One can feel the shift towards more abstract and minimal acts, and exhibitions focusing more on the state of emergency, surveillance state, of the consequences of constant connectivity and the importance of protecting one’s identity and privacy. Mapping Festival continues to surprise and we hope it will continue to do so for many years to come, for we are living exiting times.