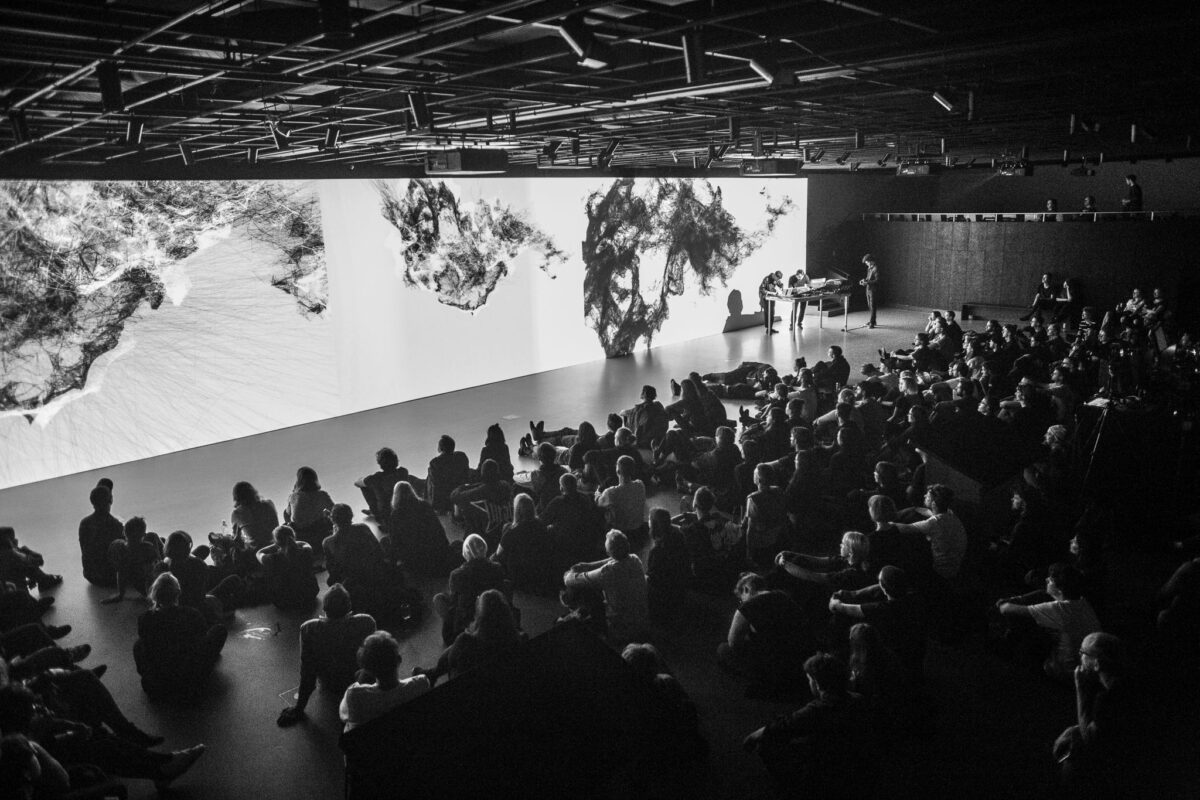 SYNSPECIES is an audiovisual project created by Elías Merino and Tadej Droljc.

The audiovisual duo makes use of the limitless creative possibilities offered by the generative art and creative coding.

Their live performances are astonishingly complex and aesthetically aggressive, bombarding the audience with an intense sensorial stimulation.

The audiovisual embryos are constantly battling for co-existence, never quite settling within a defined shape.

The sum of these AV objects generates an entropic abstract world, constantly fluctuating in between geometrical shapes and organic forms.

We are lost in that infinitely dangerous and mesmerizing audiovisual space. There are no spatial references. The abstract creatures as they appear conquering their world, they vanish leaving us wondering again, in the dark.

Technically speaking, what really strikes me about Synspecies performances is the absolute precision in the audio-video relationship.

The synaesthetic effect is superbly achieved by a combination of computer-generated feeds and analogue inputs. Sound and image are always intertwined, coming to life and collapsing together within an endless AV cycle.

Synspecies is inspired by virtual ecologies – unstable morphological spaces that emerge from a devastating interaction of co-existing unrelated entities with the void.

Based on these dichotomies, dialogues, and conflicts, the duo gave birth to the bases of an unique audiovisual language which framed Synspecies. They have showcased their world premiere at LEV Festival in 2019.