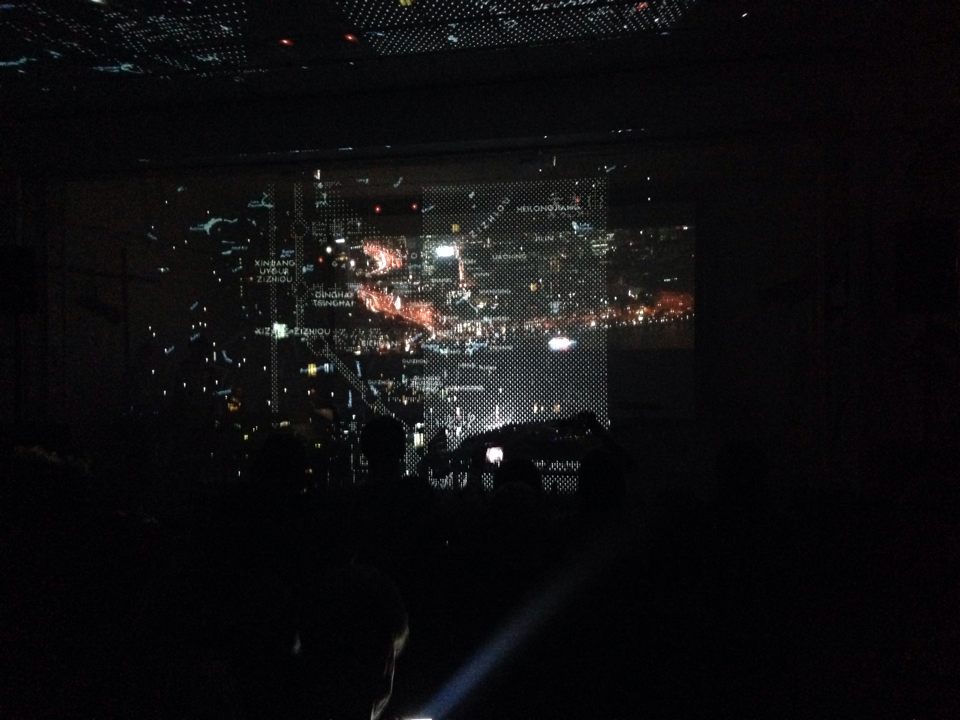 A few weeks ago we had the chance to attend one of the 3 days schedule of the Splice Festival in London. The brand new festival forms the UK branch of AVNode,  the international network for visual art. From the 3d to the 5th of June local and international artists have proposed workshops, panel discussions, screenings and AV performances in different venues across London.

A special occasion to explore the latest trends in the Audiovisual creation. All the proposals featured high standards in the set up and performances obtaining a great response from the audience who has been keeping eyes and ears peeled at all time.

The festival program was hectic and had a really good balance between education and entertainment. Our most sincere congrats to the organizers for the hard work and the careful selection of artists and performances. We attended the event on Saturday the 4th of June at Shape, creative warehouse space in East London. “Itinerarios” by Fonostrabico has been the first show we had the chance to see. Ernesto Sarasa’s works explores new AV pathways (“itinerarios” = pathways in Spanish) born out of the dialogue between sound and image. The AV set featured doom atmospheres and hammering rhythms.

Dub sounds perfectly combined with a minimalistic black and white visual set. Figurative narration and abstractions merged together creating an evolving audiovisual environment to be explored by the viewer.

Mark Pilkington is an audiovisual composer and participated at Splice Festival with his screening piece “Moirè” . His works explores the synesthetic relationship between sound and image. The visual space is composed by a fusion of glitchy distorted abstractions and excerpts from VHS video tapes. The images are captured inside the visual planes creating a unity among the coded visuals and the source material. Starting from the research of meaning the viewer is progressively led to a more complex aesthetic appreciation of the piece.

Straight after  the AV interferences of Mark Pilkington, D-Fuse took over with Latitude [31°10N/121°28E] an emblematic performance we were looking forward to see. The show is driven by the notion of drifting through the city. The visual set up consisted in a combination between screens and see-through loans. Thanks to this immersive installation the viewer is immediately dragged in this audiovisual journey through the cities of China.

D-Fuse creates an alternative psycho-geography by the AV remix of crowds, journeys, lights, deserted space and architectural forms together with the data visualization related to the imagery. The artists (re)connect political maps and statistical data to the human beings who live those places showing the rapid transformation of the urban contexts of Shanghai, Guangzhou and Chongqing.  The project has been supported by the British Council and the Arts Council England. Liam Roberts has showcased “Unwaves” a semi-improvised AV performance mixing analogical and digital tools.  The colourful live VJ Set plays along with the perky improvisations of the drums, guitars and synths. Noise distortion and melodic hints interweave to give birth a captivating jam session where the viewer is dragged into a spiral of sounds and visions. 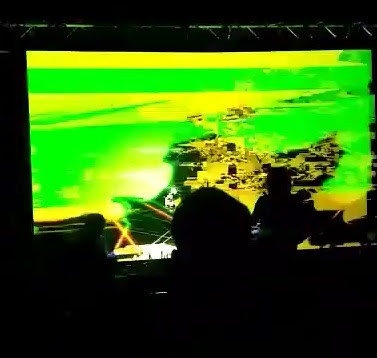 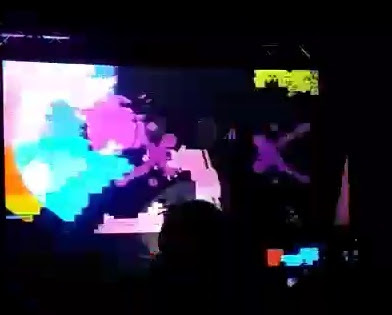 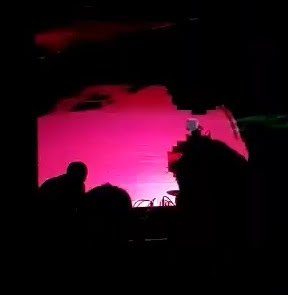 An outstanding work we were craving to see was ” Supereverything”  by Light Surgeons. The work explores identities, rituals and places in the cultural landscape of Malaysia.

Same immersive set up used by D-Fuse for this anthropological AV performance where the visual space is deconstructed by different views and perspective.

Classic and contemporary coexist in a complex composition where Vjing merges with documentaries and South Eastern instruments mash up with electronic music. Beyond space and time The AV narration is built upon a non-linear juxtaposition of different abstract and organic images. These simultaneous fragments show us the complex relationship between environment and human beings featuring an intense vortex of emotions and impressions. The project has been supported by the British Council.

Many thanks to the organizers for giving us the chance to attend this new important spot in the AV worldwide panorama. Without doubt Splice hit the spot and we truly hope this 1st edition will have many more to come!